Skip to content
He dragged his listless feet down the dusty, deserted path, kicked a pebble around with the toe of his shoe. He couldn’t think straight — anyway, he didn’t want to. He wished he could empty off all the jumble going merry-go-round in his mind.

How could she just leave him and go away? But there was no point in pondering over the hows and the whys. She had left, was away in another town now — was getting married at that very moment. He kicked hard, but there was no pebble, only a cloud of dust dispersed around.

And then he noticed it, — an old, dilapidated, abandoned warehouse. Well? He had never seen it there before. He frowned, trying to recollect. Probably he had missed it earlier —- How could he notice anything, he had been floating in his own paradise. He shook his head.

His feet walked down the weed-lined foot-path leading to the warehouse, like he was being pulled by a magnet. As he reached the door, some mellifluous strains of flute caught his attention. Mesmerised, he pushed open the creaky door and stepped inside.

The music was more clear now. The wide warehouse was dusty and empty — no, wait. He looked carefully. The evening light streaming through the broken roof tiles faintly illuminated a figure in the far corner of the warehouse. Without going near, he knew who it was.

How was that possible? His mind was playing tricks — he shook his head and smiled wryly. He would play along. Sure, why not?

She moved as he walked nearer. She looked different  ….. like some apparition. Somehow that was expected, he accepted it.

“Hi, nice place, isn’t it?” He opened a casual conversation, “Why we never discovered it before?”
“Why bother? Now we have found it ….” She spoke in a lilting tone, matching the music in the background.

But now the flute notes were receding and the drum beats were rolling around more  aggressively. A line appeared between his brows as he ran agitated fingers through his hair, “What is all that noise …?”
“Oh? But you always liked it …..”

He turned around and then noticed something on a side table — A chess board. It wasn’t some ordinary thing, it looked ancient and antique, like some heirloom. The pieces shone with some strange mixed metallic sheen. Each one was ornately designed, intricately decorated. He had never seen such chess-board before. Fascinated, he picked up one rook.

“You liked it? I specially got it made for you,” She said, “Come, let’s have a game—–”
Playing chess was a usual thing for them. While one side of mind fully concentrated on the game, the other side indulged in a light, inane banter. Same pattern followed — now they imagined and spoke of how they could put this vast space to good use, in some innovative way — a music studio, an indoor garden…. it went on.

He woke up, startled by the water his roomie was sprinkling on his face.
“Wha….? What happened?” He was confused, “Oh, …… a dream!” he smiled at the recollection.
His roomie did not tell him that the previous night he was found in an almost unconscious state on the barren ground behind the industrial site where they worked.
“Well, a nice Sunday morning! I’m going out for a walk,” He made it sound cheerful. His room-partner knew everything about him and so this was a cover-up, an attempt to show that everything was normal. Saying so, he picked up the clothes he had worn the previous evening.

“Wear something fresh, buddy; put those for washing,” his roomie said, without disclosing the fact that those clothes had got dirty, dusty on the open field.
His mind still a bit fuzzy, he obediently turned towards laundry basket and with usual habit, started emptying the pockets.

He noticed a sudden change in his room-partner’s expression, he was staring at his phone screen. “what is it? Tell me…..” He insisted.
His roomie was uneasy, “Someone has sent last evening’s wedding pictures ….. Her wedding pictures.”

“Ohhh …….” Totally flummoxed he stared at his own open palm ……… and the ornate pawn. 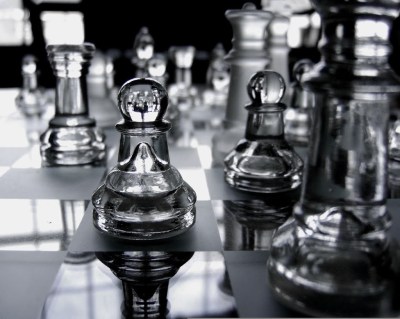 A Tale of Two Hearts

She stared at her reflection. Not bad ……. Actually, good!
Today she would have been the bride — but she wasn’t.
Her sister had taken that place.
How could he?
Just a few differences, some misunderstandings ………
and he forgot all that they had shared?
All the memories? All the special moments?
He had lost no time in sending marriage proposal for her sister — to get his back at her.
How could he?
But then, she too had been adamant, hadn’t she? Refusing to listen to h….. She quickly buried that disturbing inner voice.
So let him have his revenge.
But she wouldn’t allow him the pleasure of enjoying her tears.
She would deck up to the T in all her finery and enjoy her sister’s wedding!
She smiled defiantly at her pretty reflection and stepped out to join the rest of the family.
At the marriage registrar’s office, she missed a beat as she noticed him. He ignored her!!
Both the families gathered around the registrar. The registrar opened his ledger, read the details and called out, “Mr. Kumar and Ms. Jiya, please sign the …….”
She interrupted hastily, “There seems to be a mistake, Sir. The bride’s name is Riya ….my sister here.”
Riya pressed a finger on her lips and gently propelled her towards the desk.
Bewildered, she looked up at him.

Restless, he got up and walked to the window. It had started drizzling. The parched ground was thirstily drinking up the droplets. A cool breeze brought in the aroma of the wet soil. Throwing his head back he inhaled the earthy smell — she should have been here.

Something fell down in the room behind him, but he did not turn around. As usual, Bubbles had tumbled over something.
“You know, you should name him Bumble and not Bubbles,” She would often laugh over it.
There — again her memory. Would she come back? Or, this time ……? She had always been there for him …….giving, understanding. But each one has a threshold. For how long would she take his insecurities, his complexes, his unreasonable traits ………?
He suddenly stopped! There! Her perfume! she was back! He heaved a slow sigh of relief —
But then, why he didn’t hear her enter? Whatever ……she was back and that’s all that mattered.
He went still! Sucked in a sharp breath …… the perfume was too strong. It indeed was her perfume, but she used just a light dab of it, never liked it strong. Then?

I am an Indiblogger